The July club meeting featured Tony Bebb who was visiting the Hamilton Bonsai Club. During the visit Tony did a Shohin Workshop & Critique, two day weekend workshop as well as working on private collections.

The monthly meeting was held at the clubs new venue which is one of the rooms associated with the St Francis Church, Mansel Road, Hamilton. This we found to be a big improvement on our previous venue. The meeting took the form of a critique. All members were requested
to bring along 2 or 3 trees for Tony to comment. There was certainly variety as to what was produced at the meeting. There were big ones, small ones, deciduous, evergreen, group and forest plantings and every style imaginable.

Tony spent a considerable time at the start looking at trees with very little or no Bonsai training. A number of ideas were suggested
including increasing the girth of the trees, keeping internodes small, pruning, soil mix and feeding the trees. 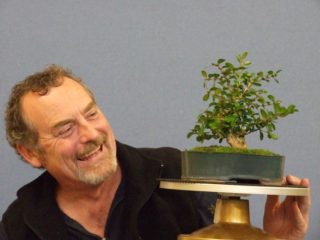 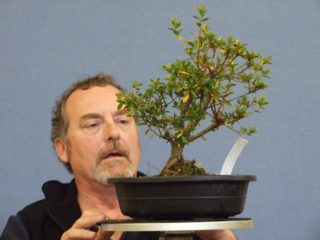 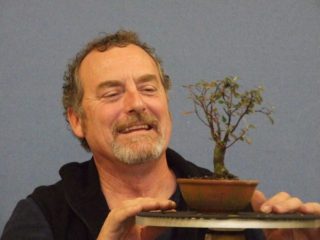 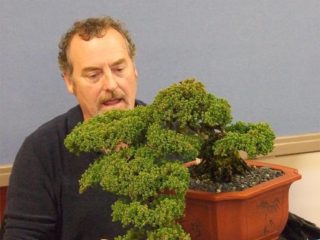