Here we go again!
This year we have started a second series of workshops with our favourite artist from across the ditch. The first three year programme proved to be very successful and using the old adage “If it isn’t broken—don’t fix it” it was decide we would run a second three year programme.

Tony arrived at our old haunt of the Wai-kato Potter’s Society fresh from two weeks of private tuition (and only a couple of mornings off to recover) eagerly awaiting the arrival of our trees. An assortment of trees were assembled on the large bench next to Tony’s work-ing area, including pines, junipers, ma-ples, redwoods, swamp cypress, haw-thorn, lonicera to name but a few.

As usual we arranged for Before and After photos to be taken (although a few club members snuck their trees in and out without being caught on camera). Unfortunately we were a bit light in the number of participants in this year’s workshops—but those who did come were not complaining as they had more time spent on their trees.

As this was the first of three sessions with these trees it was important that the material reflected that and most of the trees had had a basic style ap-plied in previous years and were now in a state where concentration on the development of the secondary and tertiary branch structure was the order of the day. That’s not to say that some of the trees did not undergo a major reconfiguration.

Several of the trees had major surgery and walked out of the door a lot lighter (and smaller) than when they came in. Others required the Big Boys (and Girls) toys to come in to play with carving being done on a number of the trees.
Can’t wait for next year’s workshop! 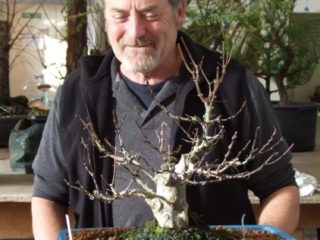 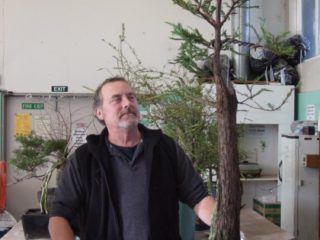 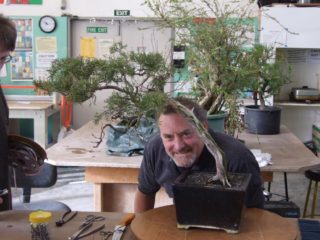 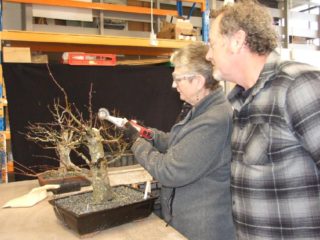 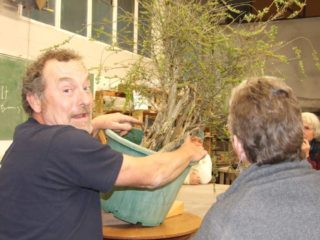 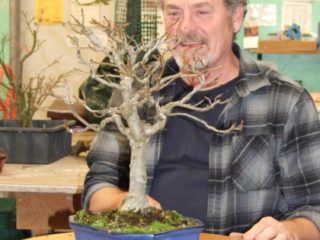